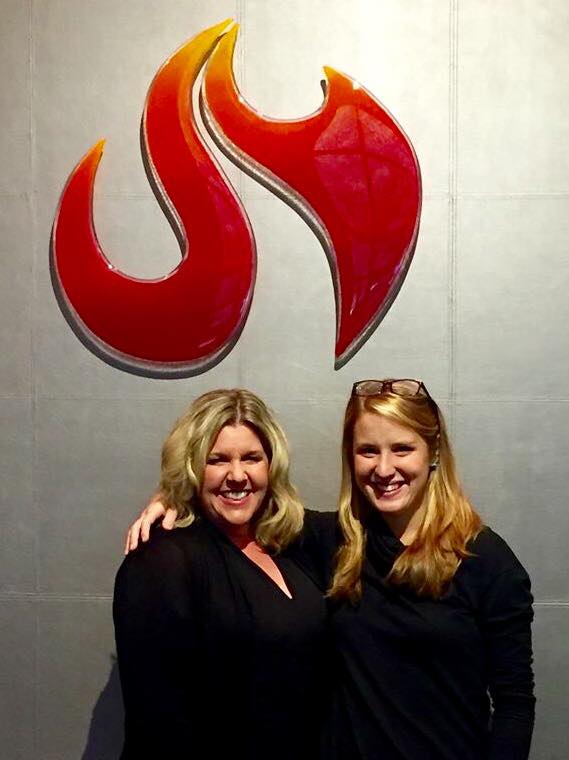 Posted at 18:12h in Uncategorized by Lauren Poussard
0 Likes
Share

I am saying “yes” more in my life & it feels like big things are happening.
As the founder of the Say Yes Institute, I think many would assume I move through life wildly embracing the power that comes from jumping in to daily life with a big “YES” cape on…
But I’m going to put those delusions to rest.
I’m not.
At all.
I tend to be more cautious and more hesitant than one would think.
I typically defer to comfort and what is familiar.
I like routine and I hold on to safety & security like it’s about to go out of style.

I still am all of those things, but last summer I made a conscious effort to shift things and to not give in so easily to my default settings of:

It all stated when I was asked if I would go to Costa Rica.
I said yes.
To many people that’s an unimpressive example. Who wouldn’t say yes to that?!
Well, I am fine traveling- but I do it in a way that keeps me in settings where I am easily able to manage my comfort level.
I’m not in my element when I’m not in control of everything.
I’m also not great with heat.
Or sun.
Or small planes that land on dirt runways in the middle of nowhere.
But I said yes to heading to the Osa Peninsula in January. In 10 days-to be exact.
And, look, I am aware there is a really high chance I will live to tell about it…dirt runways and all- BUT…in the event the heat & sun & the tiny plane that is taking me from San Jose to Puerto Jimenez causes too much angst to bear and I need to stay in Costa Rica for the rest of my days on this planet, just know that you will have a place to stay when you head south.

So I said yes to Costa Rica.
And then I said yes to some other work related things that I may not have said yes to- had I not been in this new zone of intentionally stepping outside of my comfort zone.
But, the next big yes was in response to an email I got from a production studio in North Carolina.
Trailblazer Studios wanted to know if I would have a conversation about a new show idea they had.
I said yes & the conversation went well, so they asked if I would do a taped Skype call which would be submitted for consideration (in addition to all of the other people they had been working with across the country) to be the host of this new show.
I said yes & we did our taped Skype call which was sent in with the other taped interviews.
Time goes by and I get an email that the network picked me and would I come down to North Carolina for a week to tape a sizzle reel for this new show.
I said yes & I headed down to North Carolina for a whirlwind week of taping- with an incredible team.

Now it is probably important to note that I have successfully gotten through ten years in business without ever doing video.
The few times I had done it, I watched it back and thought, “This cannot ever be seen. Never. Not by anyone. Never, ever, ever.”
But there I was in North Carolina, at a production studio, working with an incredible team of camera/sound/production geniuses…for a week of taping.
And it seemed I would be on this tape. And I couldn’t just hit “delete” or say “forget it.”
I was about as out of my comfort zone as I could be- and i’m grateful that I was because I learned that I can survive it. I am not comfortable seeing myself on camera but when I watched the finished edits of the sizzle reel that was sent to me today I will tell you that I am proud that I did it & grateful that I said yes.

You may be wondering, “what’s the show about?” Well, great question. It’s actually pretty relevant.
It’s about saying yes. It’s about what happens to people if they do more of the positive and step in to Yes.
If we know that “no” shuts doors and limits people and puts up barriers…what happens when people say “yes?”
It’s a social experiment show and we wanted to see what would happen if people had more yes in life.
Turns out, it works.
Big things & powerful shifts take place.
Doors open, you grow, you go beyond, and you become more of what you’re here to do & be.
Life starts happening.

How do I know?
I said yes.
I’m actually doing it- I’m intentionally choosing the yes more in life.
I’m not ahead of you in this- I’m applying this to life now- in real time.
And I will leave you with this:
It is totally worth doing.
Promise.